Share a memory
Obituary & Services
Tribute Wall
Read more about the life story of Walter and share your memory.

Walter A. Beham, 95, of Ottawa Lake, MI, passed away July 22, 2022 at the Franciscan Care Center. He had been ill several months but was fortunate, under the care of his family, to live at home until one week prior to his death.

Walter was born in Vilshofen, Germany, on September 12, 1926 to Joseph and Teresa Beham. His parents and two brothers immigrated to the United States. A fourth brother was born in Toledo. Walter attended DeVilbiss High School and as a young man was a goalie for the Bavarian Sports Club Soccer Team. He was a German folk dancer for the Bavarian Sports Club and a member of the West Toledo Civil Defense Fire Department. He served in the US Army. Walter was employed as a drycleaner for Deluxe/Lincoln Cleaners for over 50 years. He was respected for his quality work and loyalty to customers. He was a member of the G.A.F. and Bavarian Benevolent Society.

Walter married his wife, Mary (Haselsberger), on September 8, 1951 at St. Agnes Church, Toledo. They enjoyed camping and traveled to Germany three times, tracing their ancestry and seeing the sights.

In lieu of flowers, the family suggests memorial contributions can be made in Walter’s memory to an organization of the donor’s choice. The family wishes to thank Hospice of NW Ohio for their support. Special thanks to Jana, Spiritual Director at the Franciscan Care Center. 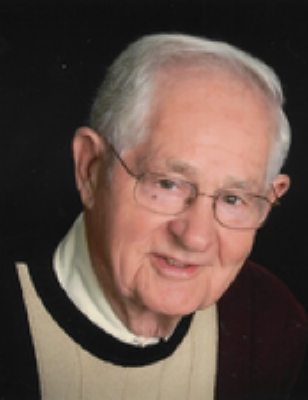