Share a memory
Obituary & Services
Tribute Wall
Read more about the life story of John and share your memory.

John James Weaver, age 94, of Sylvania, OH passed away peacefully on September 16, 2022 in Ann Arbor, MI at his daughter’s home. John was born August 3, 1928 in Toledo, OH to Hyginus J. and Irma M. (Wade) Weaver. He graduated from Waite High School in 1946. John was a WWII Veteran, serving in the US Army in Germany. He played federation basketball and baseball and sure enjoyed telling stories about his playing days.

John worked at First National Bank for over 35 years. He met his first wife, Anita, while working there. They were married for 57 years before her passing in 2008. John married Delores (Dee) (Sell) Weaver in 2009, and she survives him.

John enjoyed golfing, fishing, playing cards and his fantasy football leagues. He especially loved going to all his grandchildren’s sporting events and spending time with family. In June, John and his son had the experience of a lifetime going on the Flag City Honor Flight to Washington, DC. We will all remember John for his kindness, generosity, devotion to family and his many stories he loved to share.

The family would like to thank ProMedica Hospice for the loving care given to John. In lieu of flowers, memorial gifts may be made to ProMedica Hospice Memorial Fund, 444 N. Summit Street, Toledo, OH 43604 or Flag City Honor Flight, PO Box 885, Findlay, OH 45839.

Your browser does not support this video format. You should be able to view it in Chrome, Safari or Internet Explorer. 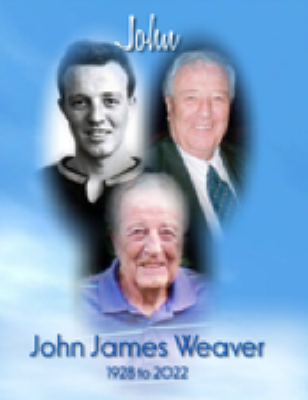