Share a memory
Obituary & Services
Tribute Wall
Read more about the life story of Jane and share your memory.

Jane Carolyn Davis Shambaugh, a talented Toledo educator and local women’s advocate, died on January 9, 2023, at her home at the age of 92.  Jane’s life honored creativity, leadership, and an enduring faith.  Jane is survived by her son, Roger Shambaugh and his wife, Karen, and their children, Evan, Peter, and Audrey; and by her daughter, Carol Shambaugh Coder, and her daughter, Claire.

Born in Toledo on October 19, 1930, to Eugene and Helen Davis, Jane grew up with a sense of purpose and responsibility and was deeply involved with the family business, Gene Davis Appliance.  Often, Jane would say, “I love my parents; they brought records, sound systems, and television to Toledo.”

As a child, Jane took Saturday art classes at the Toledo Museum of Art where she developed a lifelong interest in art. From sketching to acrylic painting, to graphic design, to flower arranging. Her mantra was “always make everything beautiful.” Later in life, Jane was pleased to serve as a volunteer at the Museum and as an usher at the Peristyle.”

Jane began a successful teaching career with the Toledo Public Schools and was soon asked to assist WGTE Public Television in bringing “Sesame Street” to Toledo. Later, she consulted with Fred Rogers of “Mister Rogers’ Neighborhood” as he developed his acclaimed programs.

Always an advocate for women, Jane joined Planned Parenthood in 1980 where she developed innovative community programs. She was later given the Stanley Levinson award for outstanding service. Women in Communications, Inc. also honored Jane as a “Woman of Achievement” in 1991.

With compassion, Jane supported women’s empowerment, the Toledo arts community, and her family. 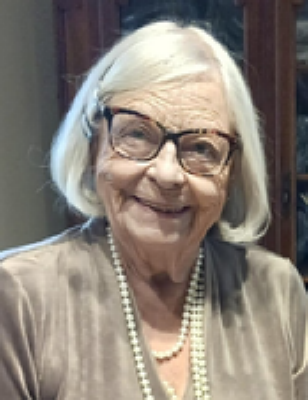